State of Emergency in Portugal 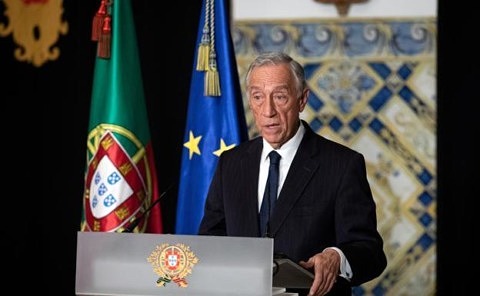 Portugal is under the State of Emergency since midnight. An unprecedented decision in the country’s democratic history, justified by the President of the Republic, Marcelo Rebelo de Sousa, with the “national interest” in facing the Covid-19 pandemic, which he considers “a real war”. In this context, the Portuguese President warns that «the State is called to help the economy».

The Presidential decree is comprehensive, setting an extended legal framework for the Government to decide, in the next 15 days, on the measures it deems necessary and to reassess them according to the pandemic’s evolution, all the while complying with the Portuguese Constitution. Before being promulgated, the document had the favourable opinion from the government and was approved in Parliament with votes in favour from PS, PSD, Left Bloc, CDS-PP, PAN and Chega! (far right), and with abstentions from the PCP, Greens, Liberal Initiative and of the non-registered Member Joacine Katar Moreira.

The Prime Minister, António Costa, guarantees that «democracy is not suspended» and that «the country will not stop».

The State of Emergency is in effect until 11:59 pm on April 2, with the possibility to be renewed through the same political process.

NEW DECISIONS FROM THE GOVERNMENT

On the morning of Thursday, the 19th of March, António Costa’s Government started a long meeting of the Council of Ministers which ended mid-afternoon. At around 5 p.m., the Prime-Minister spoke to the country and announced a new list of measures in accordance with the power invested upon the Government by the State of Emergency:

While the transition from a state of alert to a state of emergency was yet to be decided, this Wednesday, March 18, the Portuguese Government announced a new set of measures to deal with the Covid-19 pandemic. At a joint conference, the Minister of State, Economy and Digital Transition, Pedro Siza Vieira, and the Minister of State and Finance, Mário Centeno, announced new measures to support family income and business activity with a global value of 9,200 million euros.

Mário Centeno described the measures for “times of war”. Of the set of measures announced this Thursday, 3 billion euros correspond to secured credit lines, around 5,200 million euros concern taxes and 1 billion euros are related to contributions:

In less than a week, there have already been four sets of measures announced by the Government. On the 12th March, the Socialist Executive announced comprehensive measures, aimed at companies and workers and in the areas of education, health, social services, civil protection, justice, tourism and leisure, Public Administration and public services. Days later, on the 15th March, the Government adjusted the strategy in some crucial sectors and added measures to the initial package, imposing territorial land restrictions for the first time and severely limited access to leisure activities in public spaces in order to encourage domestic isolation.

The Council of Ministers will meet once again on Friday March 20th, to draft another package of measures to support companies and independent contractors and soften the economic impact of the pandemic.

So far, Portugal has recorded a total of 785 cases of infection with the new Coronavirus, four deaths and three full recoveries.

Read the complete technical note in English and Portuguese.