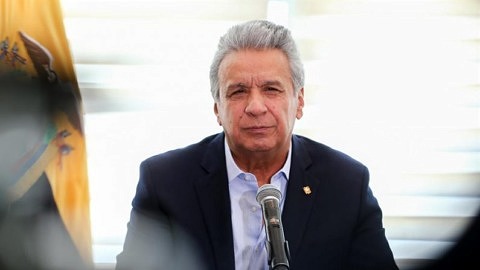 The global crisis stemming from the expansion of COVID-19 represents an external shock to the Ecuadorian economy and a social shock for the nation’s citizens. The macroeconomic effects identified in our last Technical Note (TN) continue: low oil prices, significant increase in the country risk indicator, and appreciation of the US dollar.

In this document, we analyze key measures taken by the national government, with comments about the benefit of anticipating reputational risk scenarios.  We also provide some possible outlooks.

COVID-19’s ability to spread worldwide extended into a resulting economic contagion. The negative effects on international markets were addressed by the government in a series of measures that came in response to a reality that initially appeared to be far away from Ecuador.

As the virus continued its spread, the government needed to localize its actions, and this phenomenon, which began as an external shock and has since transformed into a social shock.

The primary measures initially implemented by the government were the following:

ANTICIPATED ACTION BASED ON LESSONS LEARNED FROM OTHER COUNTRIES

For the Ecuadorian private sector, there should be no question of whether COVID-19 will affect operations; the question, rather, is when and how this will happen.

While many activities have already been suspended, affecting some production chains, it is important to be clear that this has only just begun and risks lie ahead.

Valuable lessons have been learned in terms of communication, with good examples in Asia and Europe. These include well-prepared spokespersons, transparency, trustworthiness, and clear messaging. These components have been appreciated by citizens, despite the harshness of the  issues addressed and announcements made.

Our most important principle in communication is anticipation, and this is the time when it is crucial that the corporate sector provide efficient information to their main stakeholders and society in general, with a clear sense of urgency. This formula is not only necessary, but also responsible.

The real repercussions of this disaster, especially in terms of the economic cost that it will entail in the business and industrial sector of each country is yet incalculable.  The only thing that is for sure is that companies that have more forethought and anticipated possibilities, preparing themselves at every level, and those who applied more prevention, will not only have greater possibilities of competing, but will also decisively contribute to reducing the consequences of a crisis that bears down upon us.

The most important impact – socially and economically – will be on employment. Employment dynamics, considering the economy was already in a downturn, will worsen in the short term. This effect is due to both local reasons and to the consequences of global economic stagnation. It will be most acutely felt by companies that work in the transportation, tourism, hospitality, and entertainment industries, as well as those that depend on public sector contracts and the export industry.

Liquidity problems in sight. Negative effects for the private sector will be due to a lack of economic activity, cancellation of contracts, renegotiations, or changes in the way services are provided. Those who have public sector contracts will likely experience delays in payments. Furthermore, aggregate demand could be reduced given the risk that public sector wages could see a delay in payment. Private banks have been open to flexibility in payment deadlines and refinancing loans, this will partially alleviate the situation for some.

Economic reactivation will depend in a large part on China. We are already seeing initial signs of this recovery, but its consolidation will still take some time. For the shrimp, oil & gas, import, and textile industries, the remaining months of 2020 will be difficult.

Industries that will see fewer negative impacts. While economic activity is cooling rapidly, services like home delivery, retail, or technological solutions will see an uptick. Effects on the former are due to social isolation and perceived shortages, while the latter will grow because new forms of remote work have become necessary both for citizens and the government.

Companies will have to recalibrate their 2020 forecasts and begin preparing for 2021 in a context of greater instability. As we have warned in previous TNs, the structural conditions of the economy were not promising, even before the appearance of COVID-19.  As a result, growth forecasts for the Ecuadorian economy need to be revisited and most companies will have to revise their outlooks and re-estimate results for 2020 without forgetting that 2021 will kick off with a general election and a new government mandate going into the second half of the year. The political and economic context will become even more relevant when it comes to creating strategies and plans to take on or mitigate these impacts.

Time to build or strengthen reputation. In this world of hyper-communication and hyper-transparency, citizens pay close attention to the actions of leaders and companies. Their mistakes can carry a high cost and their successes can generate major “social leverage.” It is in these moments when many industries, and companies in particular, can contribute to meeting needs or solving the problems of Ecuadorians locked down in their homes, and can improve, shield, or build their reputation.