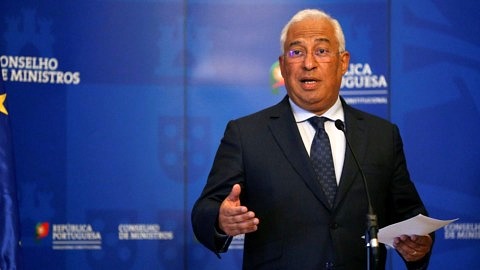 The Portuguese Government decided to renew the current State of Calamity for 15 days, until the 14th of June. In today’s Council of Ministers, the Government defined the rules for the last phase of the Government’s plan for the gradual return to business in Portugal, drawing a clear distinction between one region and the remaining country.

Phase 3 will be enforced across the country with the exception of Lisbon and Tagus Valley region, a delay justified by the Government given the abnormal increase to the number of cases in the region. Over the last week, more than 90% of identified new cases have originated in areas of Lisbon and Tagus Valley, increasing the concern that this region needs containment measures for a more sustained period of time. Prime Minister António Costa announced that the last phase of the gradual return to business will be delayed by four days in the Lisbon and Tagus Valley region, specifically in shopping centres and public service bureaus known as “Citizen’s Bureau” (where citizens can obtain citizenship cards, passports and similar documents and access public services). This means that this phase will begin on the 5th of June in Lisbon and the Tagus Valley, and on the 1st of June as scheduled for the remaining country. On the 4th of June, in the next Council of Ministers, the Government will assess whether measures will be implemented in the following days given the pandemic’s evolution up to that point.

“Unfortunately, the situation in Lisbon is significantly different from the rest of the country. As we previously said, there is no shame in postponing or taking a step back”, said Costa in his speech following the Council of Ministers, announcing a “significant testing effort” over the next few days to make sure the 5th of June will be the correct date to fully extend Phase 3 to Lisbon and Tagus Valley region.

The Government also decided to remove the remote working obligation for companies which can stay in this system, except in cases of specific workers: chronic and immunosuppressed patients, people with disabilities or over 60% of recognized incapacity to work, and parents who have children under 12 years old at home. The Government’s recommendation is that companies return to business in a rotational system, where only half of the work force is at the office at each time, in rotating daily or weekly shifts. The remaining measures will mostly stay the same, with the exception of restaurants and bars no longer being limited to half capacity starting on Monday 1st of June, and the opening of after-school recreation centres being delayed by two weeks, until the 15th of April.

Culture, Education, Football, religious celebrations and large retail are impacted by this phase, as well as the largest public service bureaus in the country.

So far, the Government has confirmed the following measures:

The last phase of the Government’s plan will be delayed in the region of the Portuguese capital by four days, but only in these places:

The remote working obligation for companies which can stay in this system will be removed, except in cases of specific workers: chronic and immunosuppressed patients, people with disabilities or over 60% of recognized incapacity to work, and parents who have children under 12 years of age at home. The Public Health Authority (DGS) will have the power to force remote work in companies where conditions are considered to be unsafe for workers.

The COVID-19 pandemic in Portugal in apparently stabilized in all regions, except for Lisbon and Tagus Valley. Almost all new cases recently recorded have originated from this region, a cause for enough concern to adjust the Government’s plan. The most recent data points to a total of 31.596 confirmed infections and 1.369 deaths caused by the new Coronavirus in Portugal so far.