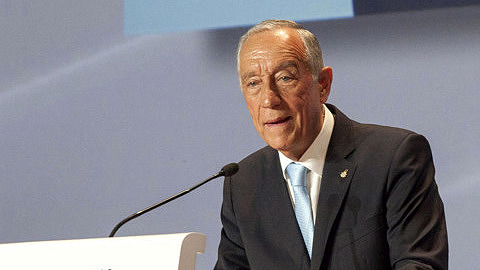 The President of the Portuguese Republic announced this week that the State of Emergency, which has been enforced since the 18th of March, will not be renewed and will end on the 2nd of May. This decision indicates the Marcelo Rebelo de Sousa’s intention to allow the citizens to resume a relative level of normality following the critical point of the Covid-19 pandemic, although the Portuguese Head of State warned that the end of the State of Emergency doesn’t mean the end of the health crisis nor the end of the national plan against the new Coronavirus.

Following the President’s announcement, the national Government initiated talks with public institutes, associations, private companies, opposition parties and other stakeholders to start drafting a plan for the gradual return to business in Portugal, including transitional rules and regulations, different timeframes for reopening each sector and commercial locations, and adjustments to specific measures previously implemented to support companies and private citizens. Late on Wednesday, 29th of April, Prime Minister António Costa met with the President of the Republic for a work dinner, to discuss the Government’s plan and align Marcelo Rebelo de Sousa’s expectations with the Council of Minister’s decisive discussion on Thursday, 30th of April.

After the Council of Ministers meeting on Thursday, António Costa announced the Government’s plan in detail, explaining that the State of Emergency will be replaced by the State of public disaster on the 4th of May, a framework that the Government has the power to approve by itself and allows a similar set of powers to impose limitations and draft laws to tackle the evolving pandemic. According to this plan, there will be three main phases -starting on May 4th; May 18th; and June 1st-in the return to normality, with two weeks between each phase so the Government can reassess the evolution of the new Coronavirus and the behaviour of the Portuguese citizens and possibly implement changes in the original plan in case they are necessary.

The Prime Minister stated that due to “the Portuguese people’s effort and discipline”, the pandemic was mitigated, but warned that it hasn’t been overcome yet. “The risk remains high and the pandemic is still active. We must continue being active in this fight. The effort to reopen activities requires an extra effort”, said António Costa, enhancing that all citizens should remain confined as long as possible and announcing that the use of face masks is mandatory in public transport, commerce, schools and other closed sites where there is a high number of people. Also, the Prime Minister announced that before the beginning of Phase 1 of the plan, the Government will implement special rules between the 1st of May Holiday and the end of Sunday, 3rd of May, preventing Portuguese citizens from travelling outside their Council of residence, similarly to what happened on Easter weekend.

During the full month of May telework is mandatory for all companies and workers that can perform their activity under this working model.

The first Monday of May will signal the beginning of the Government’s plan, allowing the smallest street retailers and service providers to reopen their physical stores or other spaces.

Companies are obligated to continue implementing remote work models whenever possible and schools will remain closed with the help of home-schooling in the National Public Television.

In the second phase of the plan, the Government will expand the number of retailers and service providers allowed to open their premises and serve the public directly.

Restaurants will be included in this phase of reopening, although they will have to comply with specific rules defined by Health Authorities.

In addition, kindergartens and high schools will also return to partial activity.

This will predictably be the final stage in the three-phase plan to gradually return to business in Portugal, and it may pose the biggest challenges due to the size of the retailers and service providers affected.

This phase will also include the reopening of pre-schools, primary schools and after-school recreation and study centres for students between the ages of six and 15.

This phase will also gradually remove teleworking obligations and allow for the return of professional football competitions and religious celebrations.

The COVID-19 pandemic in Portugal continues to stabilize, and the growth in cases and the daily number of deaths has been slowing down in the past week. The most recent data points to a total of 25045 confirmed infections and 989 deaths caused by the new Coronavirus in Portugal so far.