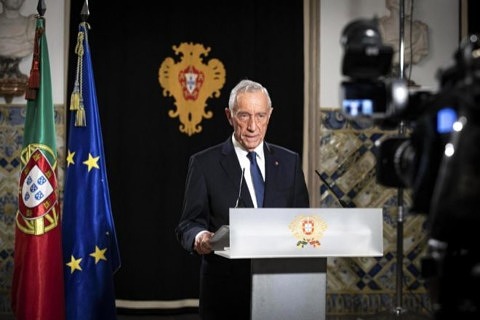 The State of Emergency will be in force in Portugal at least until the 17th of April. The President and the Prime Minister considered its renovation “indispensable” in the context of the deceleration phase of the pandemic COVID-19.

In his speech to the nation, the Head of State admitted «this is the most important challenge of the past 45 years», and anticipating the Easter period, made the call: «do not exchange a few years of life for vacation days».

With a positive opinion from the Government, the presidential decree was approved by the Parliament once again with a large majority: PS, PSD, BE, PAN and CDS-PP repeated the vote in favour; The Green Party, the Communist Party, and non-registered MP Joacine Katar Joacine Katar Moreira abstained once again; the MP for the Liberal Initiative voted against and Chega! (far right) changed his vote in favour to an abstention due to the possibility of releasing prisoners.

The new presidential decree authorizes the Government to reinforce social and economic restrictions. The Prime Minister admits that «we are in the phase of maintaining discipline» and has already announced measures, which will still be implemented in law.

The Easter period is at the heart of the renewed State of Emergency, due to the travelling usually associated with this time of year. Therefore, some of the new restrictions will only be applied precisely during the festive period, between the 9th and the 13th of April. The rules that were already in place remain.

In addition, with the renewal of the State of Emergency, those who disobey will have aggravated penalties compared to what is already in the Penal Code for crimes of disobedience or resistance.

In addition to the exceptional measures for the movement of people, the Government also approved measures on the economic front, namely strengthening the power of the Authority for Working Conditions (ACT). The goal is to allow labour inspectors to prevent firings whenever there are signs of illegal dismissal, and notify the employers to rectify the situation.

The new wave of measures included only two focused on companies, to make the presentation of holiday.

The Government announced the renovation of the sanitary siege in Ovar (Aveiro district) and other measures for the social sector and Public Administration in the renewed State of Emergency.

For the first time since the start of the State of Emergency, the Government decided to implement special protective measures for one of the most vulnerable segments of the population: prisoners.

WHAT THE PRESIDENTIAL DECREE STILL ALLOWS

In the context of the new State of Emergency which will remain in effect until April 17th, the decree of the President of the Republic authorizes the Government to take further measures to combat the new Coronavirus, namely with regards to private economic initiative. The framework allows for the control of prices and tighter rules of stock management to guarantee the control of supplies for large retail outlets or divert medical equipment crucial to the National Health Service in case of extreme need; private hospitals may also be forced to expand care for infected patients in a situation of limited capacity in state hospitals.

The COVID-19 pandemic in Portugal continues to experience a growth in cases and the daily number of deaths, despite indications that the curve is rising more slowly than initially expected. The most recent data points to a total of 9034 confirmed infections and 209 deaths caused by the new Coronavirus in Portugal.

Read the complete technical note in English and Portuguese.